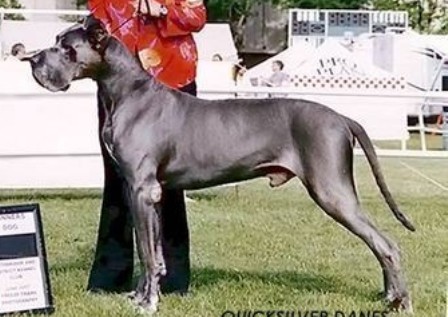 
Eddy has tremendous substance and bone, an impressive pedigree and lineage, and is a proven sire with Canadian Champion and pointed get, and we look forward to his continued contribution to Quicksilver Danes.

He has an outstanding temperment and he is easily shown and handled in crowds, and is very friendly and approachable, a true gentleman.

** click here for an extended pedigree for Eddy:
www.quintessa.net.au/cgi-bin/geneal.pl?op=tree&index=64822&gens=5&db=Quintess.dbw

Eddy sired a litter  by:


Eddy's son, "O'Henry", Can CH. Tavernier's Make Your Mark finished his championship  at 10 months of age from the puppy classes in 4 weekends of showing with 4 B.O.B.'s


Eddy has sired a litter by:

Eddy's daughter, "Rainey", Can CH Tavernier's Purple Rain finished her Championship at 16 months including a Best Puppy in Group win. 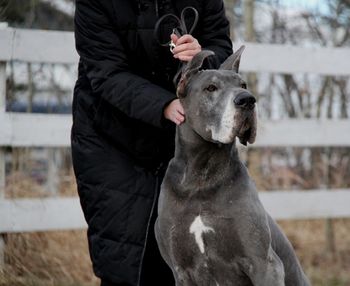 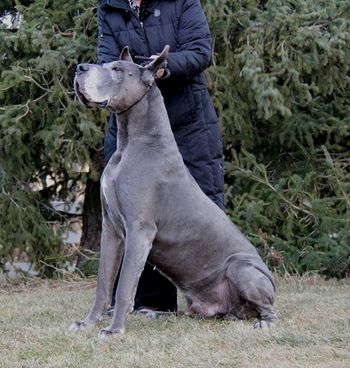 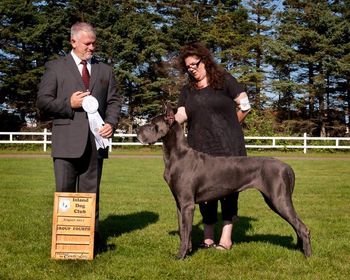 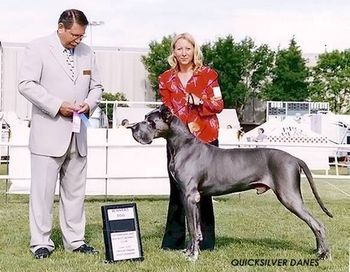 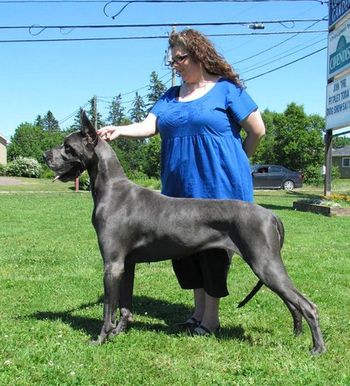 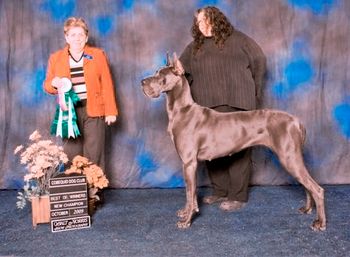 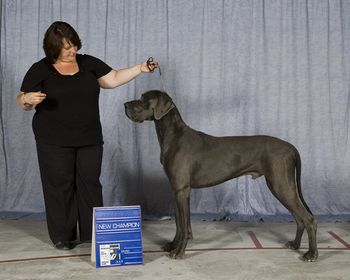 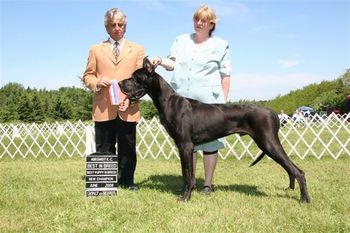 CH Tavernier's Make Your Mark "O'Henry" Finishes with 4 B.O.B.'s from the puppy classes in 4 weekends of showing. 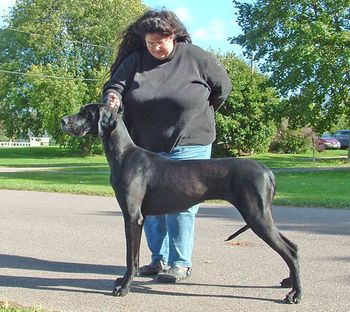 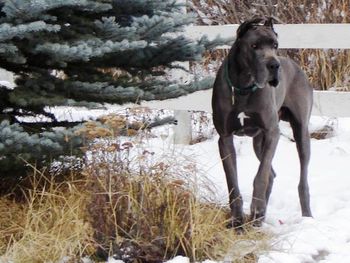 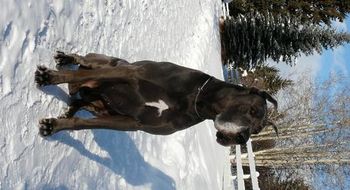 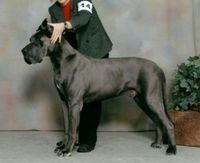